A leading Democratic congressman has issued a memo to the party’s leadership, encouraging them to drive the effort for federal marijuana reform in 2019.

In the memo released last week, Rep. Earl Blumenauer (D-OR), a long supporter of cannabis legalization, outlined a step-by-step process for how the 116th Congress can end federal prohibition before the end of next year, provided the Democrats take control of the House. 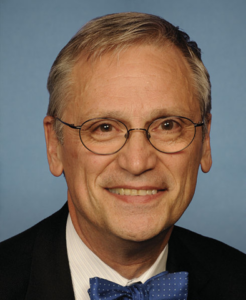 After noting that polling shows that support for the legalization of marijuana among American voters is at an all-time high, Blumenauer urged his party’s leadership to immediately move on federal legislation following the midterms.

“Congress is out of step with the American people and the states on cannabis,” Blumenauer writes. “We have an opportunity to correct course if Democrats win big in November. There’s no question: cannabis prohibition will end. Democrats should lead the way.”

During the 115th Congress, House Republican leaders have blocked floor votes on dozens of cannabis amendments. According to Marijuana Moment, not a single marijuana measure has advanced to a vote before the full body over the past two years.

In what he calls a “Blueprint to Legalize Marijuana,” Blumenauer provides a relatively detailed timeline of how a Democratic Majority House could “achieve these desperately-needed [cannabis] reforms” next year.

“Almost every standing House committee has jurisdiction over some aspect of marijuana policy,” the Oregon congressman writes in the memo. “Within the first six months of the new Congress, these committees should hold hearings, bring in experts, and discuss potential policy fixes.”

Between April and June 2019, Blumenauer says that committees should begin crafting bills in their jurisdiction to “narrow the marijuana policy gap” between federal and state cannabis laws.

By August 2019, the House would pass a package of marijuana reform bills, which would lead the way for a “full descheduling bill” that the Democrats would work with allies in the Senate between September and the end of the year to get approved by Congress.

Donald Trump has suggested he would support reform that allows states to make their own cannabis policies.

“This movement is cresting,” Blumenauer concludes. “Over the last decade, I’ve worked to build understanding and consensus on the need for reform. We’ve organized a bipartisan coalition in Congress to support our efforts. The public is demanding action.”

Learn more about marijuana laws throughout the United States through our education page.

Stay on top of the latest cannabis-related developments by regularly visiting our news page.