Founded in 2017, the Congressional Cannabis Caucus works to shape the marijuana reform agenda in the House of Representatives. In its first year, the cannabis advocacy group introduced a bundle of legislation regarding marijuana. Members also pushed Jeff Sessions, who was U.S. Attorney at the time, to stop purposely stalling medical marijuana research efforts by holding up the approval process for research-grade growers.

“The Cannabis Caucus was the first of its kind to create a forum for elected officials to collaborate on ways to address our outdated federal marijuana laws,” said returning member Blumenauer, who issued a memo to Democratic leaders in October, outlining a step-by-step process for how the 116th Congress can end federal prohibition.

“Congress is clearly out of step with the American people on cannabis when national support for federal marijuana legalization is at an all-time high and we saw several states move toward legalization last November,” he added.

In a press release, each of the four members discussed the group’s objectives for the upcoming legislative session. Areas of focus included commonplace policies to support medical marijuana research and addressing the racial injustices of the War on Drugs.

“It’s good to be back with Representative Blumenauer, showing the bipartisanship can still shine,” said Young, who last year co-sponsored the Marijuana Data Collection Act, a bill that would require the federal government to investigate the impact of marijuana legalization.

“I’d also like to welcome Representatives Joyce and Lee as Co-Chairs of this important Caucus and I know they’ll be an asset. They follow in the footsteps of former Representatives Rohrabacher and Polis, who helped make all this possible with their long standing advocacy and dedication and we wish them the best,” he added.

It’s not clear whether any other members of Congress aside from the four chairs will eventually become a part of the Cannabis Caucus. 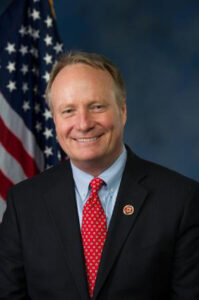 “It is critical that we protect the rights of the states across the country, like Ohio, that have already done so at the state level,” Joyce said. “The federal government’s interference in this arena has stifled important medical research, interfered with doctors and patients making treatment decisions and harmed state-legal business.”

Joyce also last year successfully advocated for a provisions rider to protect medical marijuana patients and providers who comply with state laws from prosecution by the federal government. 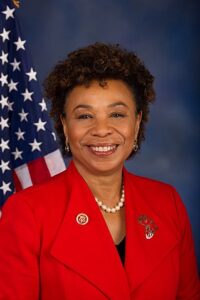 Lee, the first woman and first person of color to co-chair the caucus, said she was “thrilled to serve as co-chair” and work to with her colleagues to reform “outdated and discriminatory marijuana laws.”

In the 115th Congress, Lee with Senator Cory Booker introduced the Marijuana Justice Act, legislation that would end federal prohibition. Last year, she co-authored the REFER Act, a bill that would protect state-legal marijuana from federal interference.

“I am committed to ensuring that marijuana reform goes hand-in-hand with criminal justice reform so we can repair some of the harm of the failed War on Drugs,” Lee said. “We must also work to build an industry that is equitable and inclusive of the communities most impacted by cannabis prohibition.”

You can keep up with the latest legislative efforts to reform marijuana laws by regularly visiting our news page, and following us on Facebook and Twitter.

Learn about where U.S. cannabis laws stand today through our education page.