In a stunning bipartisan move, the powerful House Appropriations Committee voted on Thursday to protect state-compliant medical marijuana patients and businesses from prosecution by the federal government. 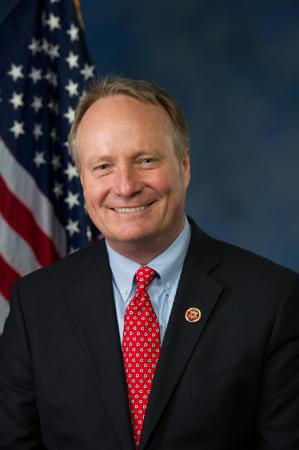 Despite marijuana being illegal under federal law, even for medical purposes, 29 states have legalized full marijuana and others have approved limited cannabis programs. Known as the Joyce amendment, the new language would restrict funding for the Department of Justice to prosecute state-legal medical marijuana programs.

“States have clearly taken a lead on the access to medical marijuana for those suffering from severe pain looking for options other than opioids. I think it’s time we cut through the federal red tape for those 46 states, like Ohio, who have on some level legalized the medical use of cannabis. This gives the states more freedom to provide for their suffering citizens,” said Joyce after his amendment was approved.

Why This Development is Historic

While a provision protecting medical marijuana states has been in effect since 2014, this is the first time it has been added to the base CJS Appropriations Bill in committee. Since its initial passing, the measure — known first as the Rohrabacher-Farr amendment and then as the Rohrabacher-Blumenauer amendment – has for the last four years been extended as a provision through large-scale omnibus bills or short-term continuing resolutions. The current law, approved in March, expires at the end of September.

The measure has been added to the bill as a floor amendment in previous years, but has always been prevented from advancing. Last year, Rep. Pete Sessions (R-TX) blocked it from receiving a vote.

Now that the measure has been added to the appropriations bill, it all but ensures that it will go to the full House for a vote. By inserting the marijuana protections into the funding bill at the earlier Appropriations panel stage, supporting lawmakers were able to evade any blocking effort by Pete Sessions.

For lawmakers and advocates supporting the use of medical cannabis, protecting state-legal patients and operations is a pressing issue. Donald Trump’s choice for attorney general, Jeff Sessions, has made several efforts to interfere with state-legal marijuana operations since assuming office February 2017, including requesting that Congress eliminate medical marijuana protections.

“Today marks a victory for medical marijuana programs and a loss for Attorney General Jeff Sessions. Passage of this amendment through regular order in the appropriations committee represents another big step in the normalization of state level marijuana reform in the Congress of the United States,” said NORML Political Director Justin Strekal.

Recently released nationwide survey data indicates that an overwhelming majority of Americans support the use of medical marijuana and want the federal government to back off when it comes to enforcing federal laws against marijuana in states that have legalized cannabis.

“I’d be remiss if I did not point out that recent polling from just last month shows 92 percent of the American people support the use of medical marijuana ,” Joyce said in debate before the committee adopted his amendment by a voice vote. “In fact, even more voters from every political demographic oppose federal interference in state marijuana laws.”

Through our news page, you can keep up with the latest cannabis industry updates, including legislative developments.