The turmoil between Sessions and Colorado Senator Cory Gardner over federal marijuana policy has only intensified.

At a recent meeting of the National Sheriffs’ Association, Sessions said that it was “frustrating” that he and certain members of Congress are at odds regarding marijuana policy.

“I cannot and will not pretend that a duly enacted law of this country – like the federal ban on marijuana – does not exist,” Sessions said in his prepared remarks. “Marijuana is illegal in the United States – even in Colorado, California and everywhere else in America.”

Sessions received harsh criticism from lawmakers a month ago after he rescinded the Cole Memo, a 2013 Obama-era federal policy that had directed federal prosecutors to not prioritize cracking down on states that had legalized marijuana. Perhaps the sharpest objection came from Republican Sen. Cory Gardner of Colorado, the first U.S. state to legalize recreational marijuana. 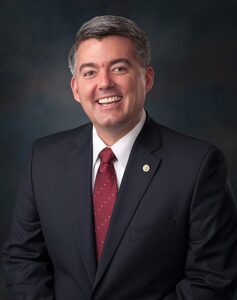 Gardner has responded to Sessions’ change in federal policy by holding up confirmations of key figures, including the heads of the Justice Department’s national security, criminal, and civil rights divisions.

During his National Sheriffs’ Association appearance, Sessions swung back at Gardner’s protest. While not mentioning the Senator by name, Sessions made it clear he was referring to Gardner and him holding up confirmations of nominees until the Obama-era marijuana protections are back in place.

“Too often, we’ve seen bad judgments, even politics enter into the work that we do,” said Sessions in his speech. “We’re trying to confirm a number of important component heads at the Department of Justice. It’s just getting to be frustrating, I’ve gotta tell you. Our nominee to the National Security Division – the anti-terrorism division – was approved unanimously in the committee. But because right now one senator’s concerns over unrelated issues – like reversing federal law against marijuana – we can’t even get a vote.”

Gardner’s spokesman confirmed that the Senator intends to continue blocking the confirmations. He said he voted to confirm Sessions as attorney general last year after receiving his commitment that he wouldn’t enforce marijuana law.

“I have not changed my decision to hold these nominations until we have a commitment that lives up to what I believe was given to me prior to the confirmation,” Gardner said.

Besides rescinding the Cole Memo, Sessions has yet to take any direct action against recreational marijuana businesses in the nine states that have legalized adult use cannabis. Still, a group of 54 lawmakers recently sent a letter to Trump urging him to direct Sessions to back off.

The 29 states that have legalized medical marijuana are currently protected from Sessions and federal interference by the Rohrabacher-Blumenauer Amendment, an appropriations rider. Still, Sessions’ attack on cannabis has caused physicians to become more hesitant, and in some cases back out entirely, when it comes to recommending cannabis to patients.

You can learn more about which states have legalized marijuana HERE.

What’s Next for Marijuana

Learn more about the marijuana industry trends to watch for in 2018, and visit our news page for complete coverage of changes to marijuana laws, the benefits of choosing marijuana, and updates in the cannabis industry.