The federal lawmakers sent a letter to U.S. Attorney General Jeff Sessions, who they believe is stalling marijuana-related research permits. 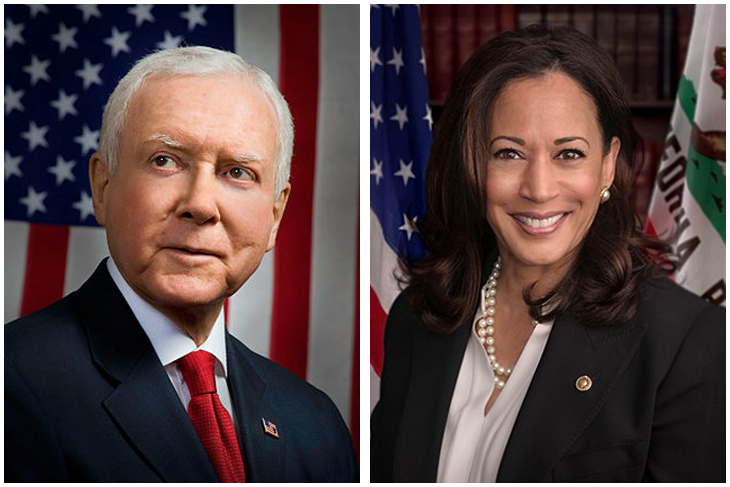 Republican Orrin Hatch of Utah and Democrat Kamala Harris of California earlier this month sent a letter to Sessions, urging the attorney general to no longer block more than two dozen requests to grow marijuana for use in research.

Sessions received criticism last August after the Department of Justice (DOJ) was accused of forcing to DEA to not act on its promise to issue more federal permits for growers interested in producing research-grade cannabis.

The DEA has received at least 25 applications from interested growers since last year that the agency has still failed to act on. The DEA needs to have sign-off by the DOJ as part of the approval process. So far, they haven’t given the okay to any.

A group of bipartisan Congressman had previously inquired to the hold-up with a letter to Sessions, requesting that he explain whether the DOJ is purposely stalling medical marijuana research.

Sessions is a long-time opponent of cannabis reform, and despite him at one time indicating he was open to more marijuana growers to increase competition, he has since made moves suggesting he hopes to hinder the nation’s cannabis industry.

As of now, the only federally approved research-grade cannabis producer is the University of Mississippi, which has been criticized for its low-quality product. That one approved grower provides cannabis to, according to the senators, 354 individuals and institutions the DEA has approved to conduct research on marijuana and its components as of August 11, 2016.

“Those researchers needed access to a federally compliant expanded product line—they needed to study different types of marijuana and across various delivery mechanisms,” the senators said in the letter. “Accordingly, a diverse, DEA-vetted market of suppliers of research-grade marijuana would be critical.”

Besides facing a limited marijuana supply, researchers interested in studying the efficacy of cannabis also face regulatory hurdles that have hindered the collection of human clinical data because of marijuana’s classification under the Controlled Substances Act. Marijuana is categorized as a Schedule I substance, the most restrictive category meant for substances with no accepted medical use and a high potential for abuse.

In their letter, Hatch and Harris requested that Sessions provide a commitment that the DEA would resolve all outstanding applications by August 11, two years since the DEA announced its policy change and began accepting applications from growers.

While marijuana remains illegal at the federal level, nearly 30 states have passed and implemented their own laws legalizing it in some capacity.

Recent developments suggest that the conflicting state and federal cannabis laws could soon be reconciled. In addition to support for legalizing marijuana federally is at an all-time high among American voters, lawmakers on both sides of the aisle have vocalized support for cannabis reform.

Senate Minority Leader Chuck Schumer, a Democrat, announced last week that he intends to introduce a bill that would remove marijuana from the federal list of Controlled Substances and eliminate criminalization around possession. Ex-Speaker John Boehner, a Republican, reversed his long-held opposition to legalization and said he intends to now actively support reform.

Despite the regulatory hurdles imposed by federal law, medical research has still made exciting discoveries about the potential of cannabis. You can learn more about what studies have so far found on cannabis by visiting our education page.

Keep up with the latest cannabis industry news and research findings through our news feed.