Gov. Phil Murphy has vowed to legalize recreational marijuana this year. In his first week in office, he has already made moves to enhance New Jersey’s medical marijuana program.

With Chris Christie out and Phil Murphy in as New Jersey governor, marijuana laws in New Jersey are likely to soon change. Phillip Dunton Murphy was sworn in as New Jersey’s 56th governor last week, and he’s vowed to legalize recreational marijuana in the state.

Murphy campaigned on the promise to legalize marijuana, and prior to taking office after his election he said he would sign legislation when it hit his desk. 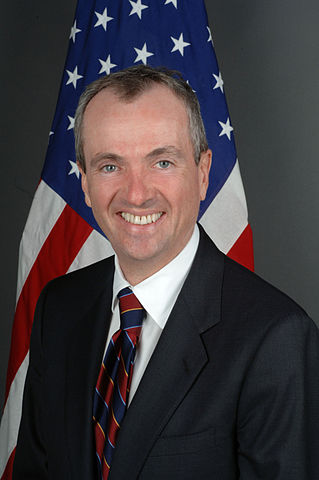 In his inauguration speech on January 16, the newly elected Democratic governor reiterated his intention to legalize adult use cannabis, saying his vision for a “stronger and fairer New Jersey… includes a process to legalize marijuana.”

Voters in eight states and the District of Columbia have approved ballot measures allowing recreational marijuana. Vermont this month became the ninth state to legalize adult use marijuana, and the first to do so through legislation like New Jersey lawmakers are considering.

Without any legislative pitfalls, marijuana could be legal in New Jersey by the end of 2018. State Senate President Stephen Sweeney, D-Gloucester, has pledged to pass a recreational marijuana bill within Murphy’s first three months. Democrats now hold the governor’s office and a majority in both chambers of New Jersey’s Legislature.

While 11 of 15 Republican state senators have said they would vote no, the recreational bill is also likely to get some aid from across the aisle. Several Republican lawmakers have said they’ll consider the legislation, including Sen. Chris Brown, R-Atlantic, who has said he has “an open mind.”

“I don’t want to marry myself to a particular day [to get the bill passed],” Murphy said in an interview recently with NJ Advance Media. “But I would hope it’s sooner than later.”

Despite polls indicating that a majority of New Jersey voters are in favor of legalizing marijuana, former governor Chris Christie was a staunch opponent of permitting marijuana use. He left office with a 16 percent job approval rating, the least popular New Jersey governor in 20 years.

Murphy’s spoke in favor of legalizing and taxing the sale of recreational marijuana because it would generate an estimated $1.3 billion in revenue for the state.

He’s also said that legalization would provide a solution to a social injustice and the imbalance in incarceration and conviction rates in New Jersey.

A report published by the New Jersey chapter of the American Civil Liberties Union (ACLU) last year found that marijuana arrests in the state had climbed since 2000, with a disproportionate focus on the black community. Despite that black residents make up about 14 percent of the state’s population, in 2013 they made up 36 percent of those arrested for marijuana, up from 29 percent in 2000.

“If [the marijuana bill] doesn’t pass the social justice test, you can’t talk about revenue implications, and the fact of the matter is that we have the widest white-nonwhite gap of persons incarcerated in New Jersey,” Murphy said in his final gubernatorial debate last October.

“The criminalization of marijuana has only served to clog our courts and cloud people’s futures, so we will legalize marijuana,” Murphy said last June at his primary-night victory speech. “And while there are financial benefits, this is overwhelmingly about doing what is right and just.”

In an effort to expand New Jersey’s medical marijuana program, Murphy this week signed an executive order to order a review aimed at removing regulations he claims makes it too difficult for residents to use the state’s program.

While states of similar size to New Jersey have hundreds of thousands of medical marijuana patients, New Jersey only has 15,000 residents enrolled in its program even with doubling in size last year. For perspective, Michigan has 218,000 registered patients.

The order directs the state Department of Health and the board of medical examiners to review the state’s program, with a focus on identifying “unwarranted obstructions” in an effort to eventually expand access.

Visit our news page for complete coverage of cannabis industry news, changes to marijuana laws, published cannabis research, and information on the benefits of marijuana.