A new study by a data analytics firm forecasts that if legalized on the federal level, the marijuana industry would generate more than 100 billion in tax revenue and create a million new jobs across the U.S.

A new report from New Frontier Data estimates that the cannabis industry could generate $131.8 billion in federal tax revenue and add 1.1 million jobs by 2025 if adult use marijuana were legalized in all 50 U.S. states.

The tax revenue estimates rely on a theoretical model where cannabis is legalized in all 50 states, and are based on a 15 percent retail tax, payroll tax deductions, and a 35 percent business tax. Retail sales tax alone on adult use marijuana would generate $51.7 billion between 2017 and 2025.

According to the New Frontier Data report, the economic impact of legalized marijuana would be immediate, creating new 782,000 jobs right away before ballooning to over 1 million by 2025.

“When there are budget deficits and the like, everybody wants to know where is there an additional revenue stream, and one of the most logical places is to go after cannabis and cannabis taxes,” said Beau Whitney, a senior economist at New Frontier Data.

The report also estimates that the legal marijuana marketplace will suffer if products are too expensive or overly taxed. About 25 percent of the market will remain illicit if products are not priced or taxed at a level consumers feel is appropriate.

“Consumers want to do things legally in general, but they don’t want to do it at too much of a price,” Whitney said. “If they go to 7-11 to pick up cannabis, they’re willing to pay 10 to 15 percent on top of what they get on the street. Once they get above that, it slows the transition and makes the consumer think twice about making the legal purchase.”

Current Marijuana Law in the U.S.

Currently, marijuana remains illegal under federal law. The Controlled Substances Act of 1970 categorizes cannabis as a Schedule I substance, the most stringent of all classifications, and is prohibited.

In opposition of federal law, eight U.S. states – Colorado, Washington, Oregon, Alaska, Nevada, California, Maine, and Massachusetts — have passed their own laws legalizing recreational marijuana. Twenty-nine states have legalized the use and possession of medical marijuana.

Keep up with Growing Cannabis Industry

You can learn more about federal marijuana laws and whether marijuana in any capacity is legal where you live by visiting our education page, or keep up with the growing cannabis industry through our news feed.

As of right now, shops are able to sell marijuana harvested without the regulatory controls that eventually will require extensive testing for safety and potency. Labs will check for compounds like cannabidiol (CBD) and tetrahydrocannabinol (THC), and test for things like mold, pesticide residue and bacteria.

A gradual rollout of California’s new marijuana regulations initially limited the number of shops that could sell adult use cannabis products on Monday to a handful of cities, including Oakland, Berkeley, San Jose, Santa Cruz, Palm Springs, and San Diego. While less than 100 shops licensed by the state were operating on Monday, more are expected to join the market in the coming days and weeks.

California’s Bureau of Cannabis Control has so far issued more than 300 licenses statewide for marijuana distributors, retailers, and cultivators, and intends to continue to approve licenses. However, to sell adult use marijuana commercially, businesses must have local approval and a state license.

Major cities like Los Angeles and San Francisco were late establishing local regulations but are expected to issue their retail licenses soon.

Other larger municipalities, such as Fresno, Riverside, Anaheim, Bakersfield, and all of surrounding Kern County, have prohibited marijuana retail sales. Long Beach has in place a temporary ban.

Where Else is Marijuana Legal?

While Colorado and Washington became the first states to legalize recreational marijuana in 2012, legalization in the nation’s most populous state is expected to have ripple effects on policy changes throughout the U.S.

You can learn more about marijuana laws in the U.S. by visiting our education page, or keep up with the ever-developing cannabis industry through our news page. 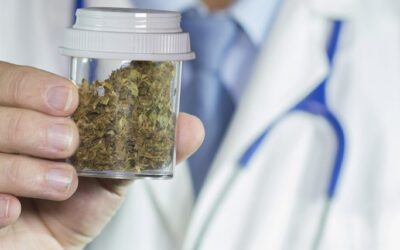