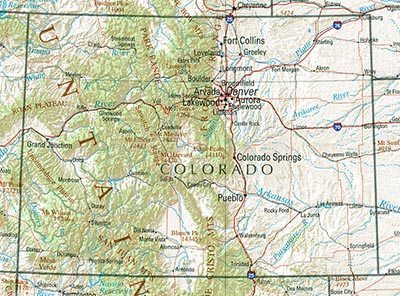 In what will likely further strengthen the support for marijuana legalization throughout the United States, Colorado announced this week that the state brought in more tax revenue from marijuana sales than it did in alcohol sales over the past year. This marks the first time in history that marijuana outpaced alcohol in taxes.

According to The Colorado Department of Revenue, the state earned $70 million in tax revenue from marijuana sales, compared to less than $42 million in alcohol taxes, between July 1, 2014 through June 30, 2015.

“It’s crazy how much revenue our state used to flush down the drain by forcing marijuana sales into the underground market,” said Mason Tvert, Director of Communications for the Marijuana Policy Project, in a statement. “It’s even crazier that so many states are still doing it. Tax revenue is just one of the many good reasons to replace marijuana prohibition with a system of regulation.”

Marijuana tax revenue could top $3 million per year with nationwide legalization, according to an analysis published in 2014 by the personal finance site, NerdWallet. California would gain the most from legalization, potentially earning $519 million in tax revenue each year. New York would be second, potentially taking in about $248 million. NerdWallet’s estimation used a flat 15% excise tax (like Colorado) and added state and local taxes to each state’s figure.

The earning potential of marijuana legalization doesn’t stop at tax revenue. Harvard University’s Senior Lecturer on Economics and Director of Undergraduate Studies Jeffrey Miron estimated more than $8 billion in annual savings in law enforcement costs if marijuana were legalized in his 2010 analysis.

Touting it was “much deserved” after such a strong year of tax revenue, Colorado offered a “marijuana tax holiday,” which suspended marijuana taxes for a single day, on the day following the release of the Department of Revenue’s report.

“Marijuana taxes have been incredibly productive over the past year, so this tax holiday is a much-deserved day off,” Tvert said. “This will be the one day out of the year when the state won’t generate significant revenue. Over the other 364 days, it will bring in tens of millions of dollars that will be reinvested in our state.”