“Hemp For Victory Act” Would Take U.S. Hemp Research To Next Level

Rep. Tulsi Gabbard filed the hemp research bill to push for extensive study on ways hemp can be used, from eliminating plastics to feeding school children.

Hemp, the non-intoxicating variety of cannabis, has been grown for centuries to produce food, paper, nutritional supplements, textiles, building materials, biofuel, and thousands of other products. While the versatile crop has a long history in America, it had been prohibited for decades and only recently did it again become legal to grow and harvest in the U.S. 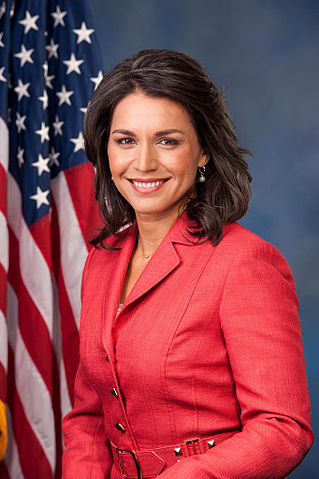 In a letter to her political colleagues, Gabbard explained that the Hemp For Victory Act of 2019 would expand programs by the United States Department of Agriculture to include “hemp for research and to create necessary standards, as well as requiring the federal government to conduct several multi-agency studies that analyze the cultivation and usage of hemp.”

“The purpose is to help lay the cornerstones that will stimulate the supply and demand necessary to establish a hemp industry available to our family farms and rural areas of our country,” she added.

“From organic standards, nutritional and medicinal benefits for children and veterans, environmental considerations, small business opportunities, affordable housing, labor standards, and more, the programs expanded, and the reports generated by this bill will help guide the American hemp industry for the foreseeable future,” stated Gabbard.

Gabbard is a long-time supporter of both hemp and marijuana and is one of the women in politics leading the charge for cannabis reform in the U.S.

Some key elements of her Hemp for Victory Act of 2019 include:

Full text of the Hemp For Victory Bill 2018 can be found on Marijuana Moment.

A provision in the bill, titled the Hemp Farming Act of 2018, removed the hemp plant from the list of federally controlled substances and classified it as an agricultural commodity. By lifting the hemp ban, the 2018 Farm Bill allows U.S. farmers to grow, process, and sell the plant commercially.

The bill also legalized hemp production for any use, including the extraction of CBD, or cannabidiol. The Farm Bill removed hemp-derived CBD from a legal gray area by clarifying its status. The language in the Hemp Farming Act of 2018 also guarantees legal interstate passage for hemp and hemp-derived CBD, removing the fear of federal prosecution.

Prior to the 2018 Farm Bill’s passage, the 2014 Farm Bill that was signed into law by Barack Obama allowed states to legalize the growing of hemp for research and pilot programs. The bill changed the game of hemp production in the U.S., as a majority of states opted for pilot and research programs. The amount of hemp farm acreage has grown quickly since then, eventually tripling in 2018 from the year prior.

Cannabis in the U.S.

Want to know more about what’s going on with cannabis in politics, business, and scientific research? Check out the latest cannabis news on our news page.